Here at Distinguished a lot of our customers question why umbrella coverage is necessary, especially for entities like condominium associations that aren’t perceived to be high risk. Most feel confident that they won’t experience severe losses, and consequently that they don’t need to spend money they may not have in order to purchase an umbrella policy. It’s a valid point. If you haven’t gone through a horrific claim experience (and we hope you never will), it’s hard to imagine the impact from an emotional perspective, much less financial.

Nevertheless, tragedy can strike despite the most careful attention to loss prevention. And when you, your association, or family are involved in one of these tragedies, the last thing you want to be worried about is your insurance.

So, the best way we can answer the question of why umbrella coverage is necessary is to tell stories. Stories about everyday folks who, despite their best intentions, found themselves in the middle of horrible claim situations.

The Association Pool: The association did their homework. They clearly marked “no diving” around the deck of the pool, posted the pool hours, and secured all of their pool drains with Virginia Graeme Baker Act compliant caps. However, while the gate around their pool was self-closing, it didn’t lock after hours. And it was after hours that a teenage girl and her friends snuck in and decided to go swimming. One shallow water dive later, and a young lady with a bright future is now a paraplegic. The family and their lawyer want to know why the association hadn’t locked the gate, as they are confident that it would have changed the course of all of their lives.

The Kitchen Remodel: The local architectural review board (ARB) reviewed and approved a kitchen remodel request for a penthouse resident, exactly as prescribed in their governing documents. When the minor renovation dragged on for months (eventually including the removal of a load bearing wall), the ARB realized that the resident’s approved design was a thing of the past and that they were dealing with a potentially dangerous and unsanctioned unit remodel. Having poured thousands of dollars into the project already, the unit owner refused the ARB’s request to delay any future work, and further alleged that the ARB was discriminating against her due to her race. The costly case went to trial, was appealed, and dragged on in court for years. 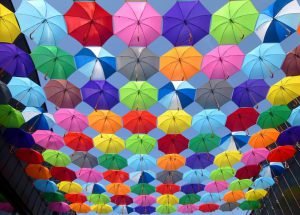 The Handicap Threshold: The association had installed an easy-access door threshold, similar to a small ramp, that would make it easier for one of their residents to get in and out of their unit. Shortly after the install, the wheelchair got caught on the ramp and upturned the resident, who suffered spinal damage and was stranded in the hallway for hours before help arrived. Had the ramp been of a higher quality, claimed the resident’s legal team, the accident might never have happened. And had the security cameras in the hallway been monitored, the victim might have received treatment for his injuries sooner, diminishing the damage.

We don’t tell these stories to scare you or your customers. We tell them because accidents and tragedy can happen to anyone anywhere, even to your most well-prepared and risk-averse clients. And that’s why umbrella coverage is critically important.