Designed for hotels, this Umbrella provides the level of protection that is a must for these types of properties.

Our expert underwriters will guide you and your clients, ensuring you're delivering world-class service and coverage.

Distinguished Umbrellas provide coverage to over 20% of the nation's hotel rooms. That's experience and stability you can rely on.

Value, expertise, and experience your clients can rely on.

what kind of Real Estate? 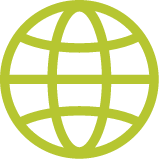 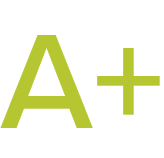 A to A+ Admitted Carriers

When you combine the expertise, service, excess limits, and the outstanding value our Hotel insurance coverage provides, your clients will thank you.

Complexity is an inherent part of serving this class of business. We help you tackle that complexity with our decades-long experience and expertise, we support you from submission through claims.

Extensive delegated underwriting authority from our long-term carrier partners allows you to work directly with decision-makers. We can provide limits and access to carriers unavailable outside of the program market.

All carriers are A.M. Best rated A or better

High-limit Umbrella insurance for the hospitality industry is a critical component of a robust risk management program for luxury full-service hotels and resorts. Protecting the organization’s balance sheet and brand reputation in today’s litigious environment requires layers of protection that go way beyond what underlying, primary Liability policies or a low-limit Umbrella policy provides. Typical premises injuries at hotels involve the following: slips, trips, and falls; swimming pool accidents; assault and battery; food poisoning; and burns; among others.

More recently, we have seen catastrophic incidents such as the October 2017 active shooting event that took place at a Las Vegas hotel in which 58 concertgoers were killed and more than 500 were injured. Lawsuits were filed alleging the hotel was responsible for the victims’ “deaths, injuries, and emotional distress” resulting from the attack. The plaintiffs argue that the hotel didn’t have sufficient security policies and staff training in place.

Other incidents that have resulted in lawsuits against hotel properties over the last several years include the following:

Without the proper Umbrella policy and appropriate limits secured, a hotel’s exposure is tremendous. Not only is there a gap in coverage to respond to potentially large settlements and judgments, the damage to a hotel’s reputation is incalculable. With the right high-limit Hospitality Umbrella coverage, you’re able to provide your insureds with a sound asset-protection solution in addition to crisis response services to help them manage the event and mitigate reputational damage.

Discover all the ways we can help cover your different hotel clients.
Download Resource

Get your clients protected against devastating cyber attacks and hacks.
Download Resource

Infographic for your clients. What is umbrella coverage and why do hotels need it?
Download Resource
Contact Us
Scroll To Top