In response to the COVID-19 pandemic, across the country local and state decrees have mandated non-essential businesses to close or limit operations, including restaurants and bars, in order to help prevent the spread of the virus. In addition to having been hard hit by the loss of income and employee layoffs, a spike in burglaries is also unfortunately another fallout of the COVID-19 crisis for many of these businesses.

Burglaries and Looting a Major Concern

The Wall Street Journal (WSJ), for example, reported that the NYPD “has seen a 75% increase in reports of burglaries of commercial establishments from March 12, when New York City Mayor Bill de Blasio declared a state of emergency, to March 31.” According to the WSJ article, 254 burglaries of businesses took place during that time period this year compared with 145 for the same period last year. Burglars are taking currency, electronics and consumables, such as food, alcohol and retail goods from businesses.

“We knew with the closing of many stores that we could see an increase and, unfortunately, we are,” said NYPD Chief of Crime Control Strategies Michael LiPetri.

Looting is also a major concern—particularly common during an economic downturn, which has been triggered by the virus nationwide.

In fact, police in New York, Los Angeles and other cities are on “high alert” for opportunists hoping to hit retail shops, restaurants, liquor stores and offices while people are home in quarantine. Street patrols have been stepped up in an effort to deter wannabe burglars.

Following are several measures businesses should be taking to help prevent burglaries and looting:

Tips for Businesses with Reduced Hours or Take-Out/Delivery Operations

Review the details of your clients’ Crime insurance coverage as well as the precautionary measures they should be taking to prevent losses. 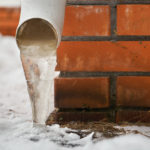 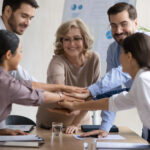