The Hidden Risk of Fifteen-Passenger Vans

Fifteen-passenger vans, like the ones hotels have used for years to shuttle guests around, are more likely to be involved in a single-vehicle rollover accident than any other type of vehicle. According to a study conducted by the National Highway Traffic Safety Administration (NHTSA), these vans are more than twice as likely to roll over when filled above half their capacity than when they’re at or under half of their capacity.

What does this mean? When used for their intended purpose — carrying large numbers of people — the shuttle vans are significantly more likely to be involved in a fatal accident. In fact, a fully loaded fifteen-passenger van runs almost six times the risk of rolling over as compared to the same van with fewer than five occupants.

Between 2004 and 2013, 653 Americans died in crashes while riding in fifteen-passenger vans and nearly 60 percent of the fatalities were due to the vehicle rolling over.

To prevent rollovers in fifteen-passenger vans the NHTSA suggests always checking tires for proper pressure before driving. Tires should be checked each day during a pre-trip inspection for under-inflation and worn tires should be replaced. In addition, older spare tires should not be used as replacements since tires degrade over time, even if the tread is not worn down.

Additionally, property owners and managers should be taking all available precautions to prevent rollover accidents in their fifteen passenger vans, including making sure drivers are properly vetted and trained on van transportation and the risks of overloading the van, enforcing passenger seat belt use, conducting vehicle inspections, and other key risk management strategies. For more information to help with minimize the potential of rollover accidents, check out the Managing Risk Bulletins on fifteen passenger vans. 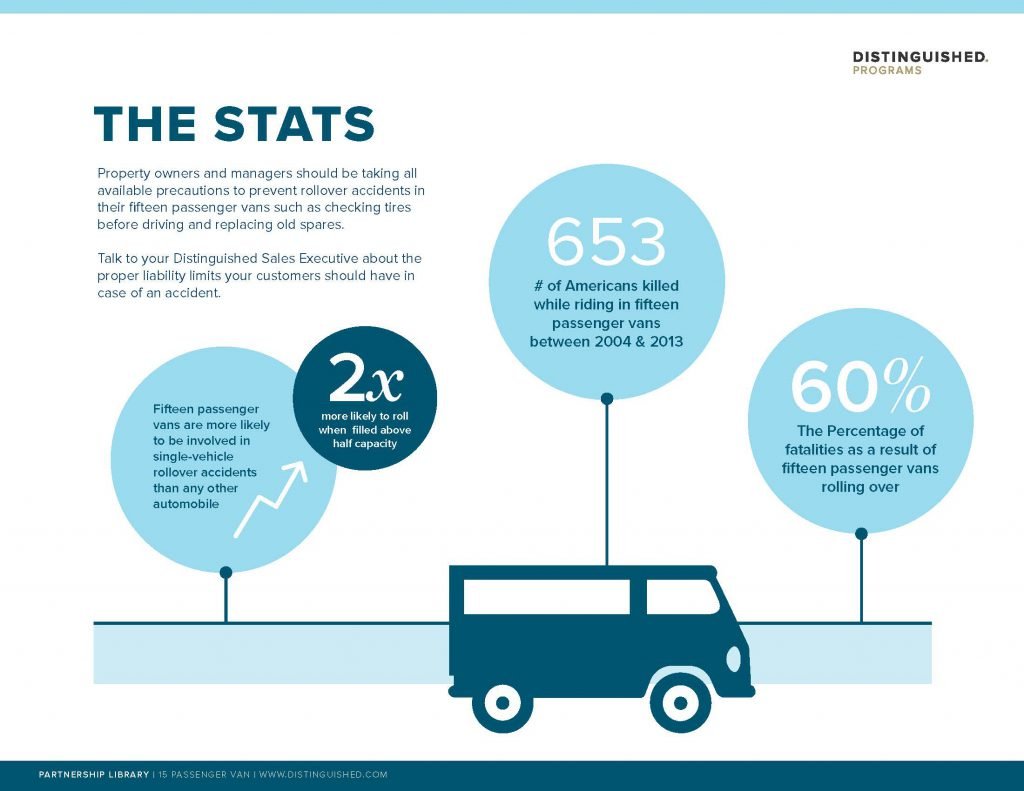