Would the New ADA Bill Protect Your Business?

Are you 100% ADA-compliant? Would your hotel or restaurant rather get a lawsuit or a letter? A new bill, aimed to curb legal action against property owners, will be voted on this week in the House.

The ADA Education and Reform Act of 2017 would address compliance violations through education and by enacting a new process for remediating issues. While opponents of this bill say it undermines longstanding protections afforded by the Americans with Disabilities Act, proponents support the bill to have compliance issues addressed before the often time-consuming and costly price of going to court. Proponents hope to crack down on a movement of “drive-by” lawsuits that result in financial compensation.

What would change with this new bill?

Simply put, a civil lawsuit could not be lodged until the business was alerted to the issue and given time to remedy the situation. The business would first need to be provided with written notice of the “barrier to access” at its existing property. Then, the business would have 60 days to provide a written reply with information on the improvements to be made. After that reply is generated, the business then has 120 days to “make substantial progress” to remove the barrier. If inadequate progress is not made, then a civil suit could follow.

Proponents of the bill include its sponsor, Rep. Ted Poe of Texas, as well as the American Hotel and Lodging Association and the International Council of Shopping Centers. Educating the property owners on achieving compliance is also part of the bill and would be addressed through training and strategies on remediating violations.

Being proactive with ADA-compliance

Distinguished offers solid information on your risk factors and legal obligations, as well as a fabulous checklist to assess your company’s status as it relates to the ADA and your guests. Check out our handy two-page guide to better protect your organization.

Hover over my image to learn more about me! 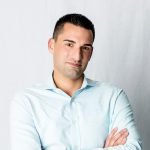