Skip to content
Posted in Hospitality & Restaurant Insurance, In the News

Hotel security protocol has upped the ante in the nearly year and a half since the Mandalay Bay mass shooting in Las Vegas, which claimed the lives of 58 concertgoers at a nearby musical festival. Brooks Chase, president of Distinguished Specialty, was featured in Resort Trades, where he spoke to the changing landscape of the hospitality industry in the wake of violent events.

The terrible example from Las Vegas, which resulted in 2,500 lawsuits filed against MGM (which owns Mandalay Bay) and an additional 1,000 lawsuits filed by MGM against the victims, contesting the hotel’s liability, exemplifies how devastating a single act of violence can be. Chase reviews how this event changed hotel security plans and details best practices for staff and guest safety. He also offers additional tips that hotels can implement right away. To review and share these new guidelines for hotels, please visit Resort Trade. 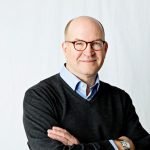