Claim Story – Gun Violence and How You Can Avoid It

Fatal gun violence is becoming a national epidemic, and the tragic aftermath can leave a lasting scar on families, communities and the businesses involved.

Below, we tell the story of a popular Chicago hotel and outline some key points on how to help prevent a fatal shooting on your property.

In August of last year, a guest was shot twice in the stomach in a third-story hallway of the hotel

“I was just doing my rounds that evening, when I heard two loud bangs,” stated Franklin Watts from hotel maintenance. “I was in the stairwell on the second floor when I heard the sounds. They seemed far away, though, and honestly, the last thing I expected was a gunshot so I didn’t immediately run to the area. Then I heard a loud commotion, running feet, and screams. I went up to the third floor where the noise was coming from, and that’s when I found the guy on the floor, bleeding from his stomach.”

“I didn’t know what to do. I wasn’t trained for that. I’ll admit I panicked a little. I ran to look for help instead of calling 9-1-1.”

Why was hotel maintenance staff not trained?

Why didn’t they recognize the sound of gunfire?

Did they have protocols in place to manage shootings?

What training did they receive to manage medical emergencies?

These should be the questions you are asking yourself right now. As a property owner or manager, you should be thinking of ways you can avoid a situation like this. 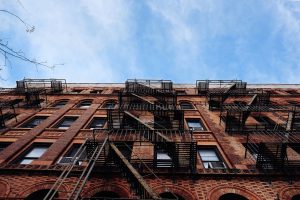 What can you learn from this?

Train all business employees on how to handle gun violence situations.

Make sure to train your employees on a regular basis for managing emergencies. Remember, your business is only as safe as the principles and practices put in place to avoid them.

During the investigation, authorities found that the victim and the gunman had an argument in the lobby bar

The gunman was visibly intoxicated and belligerent, and when the victim left the bar to go back to his room the gunman followed him. Unfortunately, the hotel had no security cameras in its elevators or hallways to know what lead up to the shooting.

What’s worse is that it took 17 minutes for the paramedics to arrive on the scene. The victim was still alive when they arrived, but he died en route to the hospital.

Problem #2 – Do You Know What Really Happened?

They failed to track the gunman after he left the bar and followed the victim onto the elevator. Because of this, there isn’t any solid evidence to support claims. We are left with a situation that we know escalated in the lobby bar and ended up on the third floor.

So what questions should you ask yourself?

Could they have prevented the shooting if there were proper cameras installed?

Could this happen at my business?

What can you learn from this?

Install a security system to:

It is imperative that you have a security system in place to watch over your guest and staff. Gun violence can happen anywhere at any time. The evidence that you gather from the security system will help you manage claims for any emergency situation. 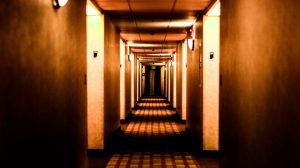 In the weeks following the incident, the victim’s mother lodged a wrongful-death civil suit against the hotel

She accused them of playing a role in her son’s death due to negligence.

The lawsuit sought more than $500,000 in damages against the hotel chain, and many questions were raised about the hotel’s liability.

“This was the first shooting at any of our hotels. But after this,and also in the aftermath of the horrific shootings in Las Vegas, we’ve made some very big changes to the way we handle security.” said hotel representative Susan Willis. “We’ve also taken steps to ensure that every one of our staff is trained and aware of local law enforcement protocols and what to do in the event of another shooting or serious injury. This was the last shooting on my watch.”

Problem #3 – A Lesson Learned too Late Cost a Life

Don’t let the first shooting be the event that motivates you to make a change.

Take action today to prevent your guest or staff from becoming victims of a irrevocable act. You have the ability to help mitigate extreme acts of violence at your property.

If you put these quick tips into place, you will have taken a step in the right direction to making your business a safer space for everyone.

Still have questions about safety and security? Contact us here for more information.