It’s Time for a Revolution in Employee Motivation

TED talker Dan Pink is promoting a right-brain revolution in the business world. He challenges listeners to rethink how businesses motivate staff. Pink makes a strong argument for intrinsic versus extrinsic rewards. But how well would this approach work in traditional workplaces, and how can we incorporate his ideas into our own companies?

Pink questions, “If you want people to perform better, you reward them, right?” That is the standard model for American businesses. Bonuses, commissions, incentives, heck, even reality TV shows. But, what studies show is that extrinsic rewards don’t actually increase employee motivation. Nor do these rewards produce the most results.

“You have an incentive that’s designed to sharpen thinking and accelerate creativity and it does just the opposite, it dulls thinking and blocks creativity,” Pink states in his TED Talk that’s been viewed 18 million times.

For a lot cases, the notion that “if you do this, then you get that” doesn’t work, or actually does harm instead. Rewards, says Pink, work well for very simple tasks. When there is a narrow focus—a straightforward goal—then these rewards can be beneficial. But, he argues, more and more, the right-brain, creative, conceptual abilities are in greater demand as software technology fills the gap in simple tasks. Even a study by the Federal Reserve in conjunction with reputable universities showed that higher incentives resulted in poorer performance! 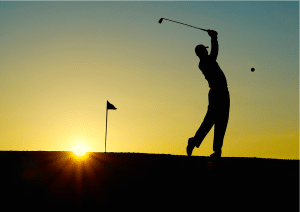 So, if you want high performance in the workplace, Pink purports that the solution is not to do more incentivizing, but that companies need to adopt a whole new approach. If companies can support employees’ intrinsic desires, they can tap into that motivating area and yield better results.

Pink breaks down the basics of intrinsic motivation, stating that we desire to do something because it matters because we like doing it, because it’s interesting, and because it enables us to be part of something important. What does your staff hold near and dear to their heart? How can you foster that?

When businesses give employees small percentages of time to work on their own ideas, Pink says, staff produce cool things. When businesses do results-oriented agendas, employees flourish. “There’s a mismatch between what science knows and what business does,” Pink states. And now, changing the face of the game lies in the hands of businesses to make the science match their business models.