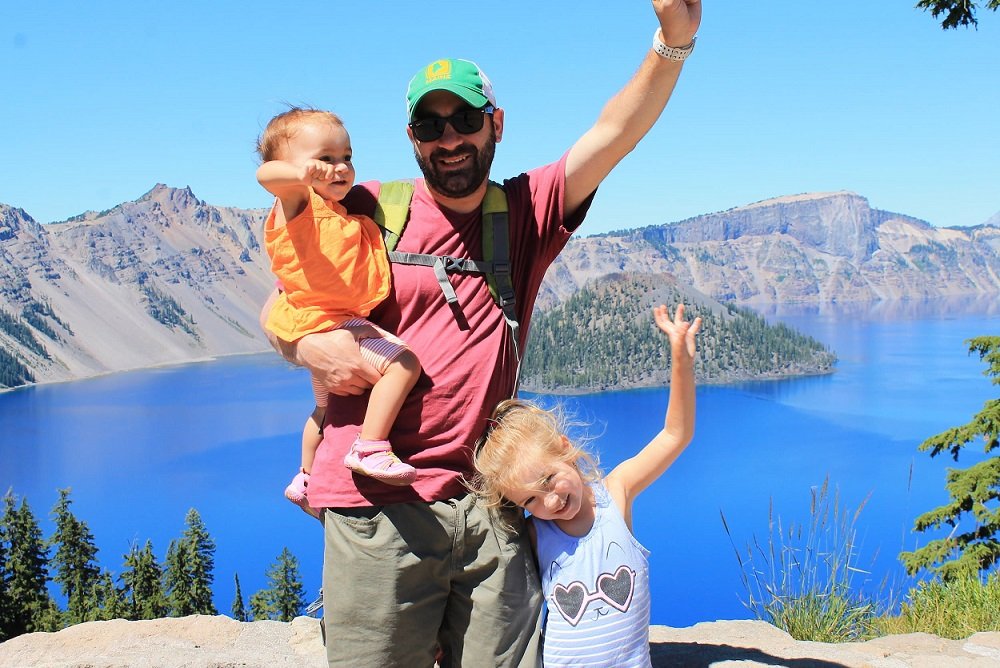 At first glance, Distinguished doesn’t seem to share many similarities with companies like The Cheesecake Factory, REI, or General Mills. In fact, we are alike in one important way: We pay our employees to take vacation.

Employees who have worked with Distinguished for seven years are eligible for a sabbatical—one month of paid leave to completely disconnect and drop off the grid to do whatever they choose: relax, travel, pursue a hobby, take a course….it’s up to them. We consider it a reward for their fine work and an opportunity for them to recharge, refresh, and return to us with renewed enthusiasm.

Above, Michael Thabet memorializes his recent sabbatical traveling in the Pacific Northwest.

Where did you choose to go on your sabbatical and why?
It all started while I was watching the Travel Channel a few years back and caught a special on Crater Lake National Park. It was one of the most magnificent and beautiful things I have ever seen. At the time I thought to myself, “that’s one of those places you dream about visiting but never actually believe you will.” When the sabbatical program was launched, I decided it would be epic and life-changing to visit Crater Lake so I built a two-week, 1500-mile adventure zigzagging our way down from Portland, Oregon, to San Francisco. Yes, we got to Crater Lake, which was awe-inspiring, but the entire journey was just as amazing in itself because we got to see so much that our beautiful earth offers. From the Pacific coast of Oregon, to the tops of volcanos, through prairie and farmland, down the winding roads of Redwoods National Forest, and over the Golden Gate Bridge…I felt like we saw it all, and then some!

Can you share a few highlights from the adventure?
There were so many unbelievable highlights but one that was particularly neat was our day trip to Astoria. Located at the northwest tip of Oregon, Astoria is the home of the Goonies house. Goonies was my favorite childhood film (and still is my favorite movie to this day) and making the pilgrimage to the site where it was filmed was on my bucket list. What’s more, about 90 miles south of Astoria is Cannon Beach. Not only is it the place where the Goonies‘ pirate ship scene is filmed, but it is also recognized as one of the world’s most beautiful beaches and places to see. Just an amazing day.

What was your daily routine like?
That’s hard to say because every day was so different. But generally speaking, each day started with breakfast, a car ride, and an adventure. And usually we were so exhausted from the day’s activities that we were all out cold by 10 p.m.!

How does it feel being completely off the grid? What’s something you feel you took away from being disconnected for an extended period of time?
While I was completely off the grid from work-related items, I was not so much on other fronts. I still had my iPhone with me (although there were many times where we had no service) and we periodically checked back home with family to share the experiences of the trip. Being disconnected from work was difficult at first but after a few days—three, tops—it was quite refreshing. You get into such a routine of always checking your email and calls that it becomes habit. Breaking the habit felt good! I will also say that my wife and I had so much fun going old school with our road-traveling adventure by using maps and atlases to navigate our way around. In a strange way, not relying on the Garmin made us feel more engaged and connected to the experience.

What’s a piece of advice you would share with others who may be taking a sabbatical in the near future? What would you encourage them to do?
Do for you. No one but you knows what would be personally fulfilling. Also figure out a way to memorialize your special time. Whether it is a photo book, journal, or even a framed picture, just make sure to always have something you can look at, touch, or feel that brings you back to that special time.