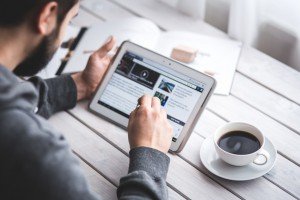 A collection of some of the interesting articles, interviews, and stories we’ve been reading lately.

How to Involve Residents in Sustainable Efforts
April 20, 2016
“With price-conscious renters, multifamily operators are often successful engaging residents with sustainability when the program in question directly impacts the resident’s pocketbook.”
—Multi-Housing News

Four Trends Driving the NYC Office Market
April 22, 2016
“New office amenities are targeted to the culture of the company, as tenants seek to enhance their brand through their space. The younger workforce is more empowered, according to the panelists, and a high-quality office can now function as a recruiting tool. What was once an amenity is now a prerequisite and that includes roof decks, bike rooms, and private terraces.”
—National Real Estate Investor

How a Reversal of the Millennial Rental Trend Would Affect the Multifamily Sector
April 27, 2016
“Millennials, often burdened with student loan debt and at the early stages of their careers, often choose to rent over buying. But now that Bank of America has launched a program with Freddie Mac to issue new mortgages for low- and middle-income earners, could the homeownership program help reverse the Millennial rental trend—and eat into multifamily profits?”
—National Real Estate Investor

The similarities between serviced apartments, hotels
April 21, 2016
“The distinctions of extended stay, short-term rental, Airbnb and hotels are false constructions,” he said. “They are all accommodations, nights you’re spending away from your own home. If horse-and-buggy makers had thought of themselves as transportation rather than horse-and-buggy makers, they might still be around. Hotels should think of themselves as accommodations.”
—Hotel News Now

April 13, 2016
“Bigelow Aerospace is building space habitats for the public. Get an exclusive tour inside one of their prototypes.”
—CNN

Having a proper plan for cyber security coverage
April 4, 2016
“Cybersecurity is not something you can just buy, but something you should thoroughly build.”
—CSO Online

ASK Brooklyn Museum app engages visitors with the artwork
April 17, 2016
“Through the app, which only works in the museum, visitors can ask questions and share photos of objects on display in real time. On average, a member of the six-person Audience Engagement Team responds within 45 seconds.”
—AM New York