​​Insurers Focus on Increased Need for Inspections, Repairs for Older Buildings Amid the Surfside Condo Collapse

On June 24, part of the Champlain Towers South in Surfside, Florida, collapsed in the wee hours while many residents slept. To date, 97 residents have been confirmed dead. The catastrophic loss has sent shockwaves throughout this oceanfront community located in Miami-Dade County.

The Surfside collapse has also shaken the greater Florida property insurance market, which is already facing challenges due to climate change and a history of catastrophic storms. Insurers have begun scrutinizing the buildings they are covering, subsequent to the condo collapse, raising rates that are already among the highest in the nation, or canceling coverage altogether, according to a recent article in The New York Times. In fact, some carriers have already sent letters advising owners that coverage would be discontinued for older buildings that did not pass mandatory safety inspections while other carriers are advising owners that they need to provide proof within 45 days that 40-year-old buildings are safe or they could lose coverage.

Engineers, according to an article in The Wall Street Journal, say it can take just 30 years for condominium buildings to reach a point when owners can no longer delay making critical repairs. Two out of every three condo buildings in Miami are more than 30 years old, according to data compiled by real-estate data firm Zillow. Moreover, nearly 50% of the state is covered by some sort of homeowners association or condo policy – that translates to 50,000 communities throughout Florida.

Many buildings in Miami, like the Champlain Towers South, are beachfront properties and exposed to salt corrosion and other elements that speed up their decline. Repairs can run millions of dollars, with condo owners often unable to come up with their share of the funds to make the necessary fixes. Although investigators are still working on determining the cause of the Surfside condo collapse, a 2018 engineer report indicated the property showed multiple points of strain, including eroded concrete and failed waterproofing at its base.

Insurance companies are also worried about the accuracy of their underwriting information, which is based on the specifics they are provided by the insured about a particular building, including how well it was constructed and whether any damage has been detected and repaired.

It’s not only the Florida condo market that is raising insurer concerns. Zillow says that nationwide more than half of all condo buildings are at least 30 years old. Inspections are typically done when condo owners initially move in; after that, oversight and maintenance are left up to condo boards who are volunteers and typically the condo owners. State condo inspection requirements also vary. For example, although Florida has some of the toughest building codes in the country, there is no statewide requirement to reinspect buildings as they age.

Structural engineers say it is unlikely that other condo and apartment buildings are about to collapse, “as buildings in the United States are constructed to have a less than a one-in-a-million chance of failure.” But as Surfside has unfortunately shown us, it happens. It’s prudent for condo boards and the individual condo owners to set aside the appropriate reserves, conduct the necessary inspections and recertifications, and heed the advice of engineers to make required repairs rather than deferring them. 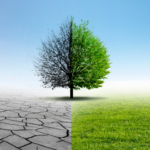 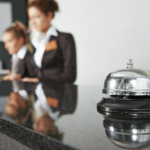 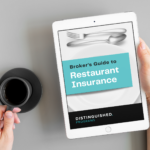