Property owners face a number of exposures that could result in a catastrophic liability lawsuit, making the case for ensuring vigilant maintenance of safety and security measures and for purchasing higher-limit Real Estate Umbrella insurance. Exposures include attractive nuisances (such as open access to a swimming pool), elevator or escalator malfunction, insufficient security, negligent property maintenance, and unprotected slip hazards (such as spills or recently cleaned floors with no warning signs in place).

Following are five examples of cases against property owners in which insurance carriers had to pay millions in verdicts or settlements. These lawsuits highlight the importance of having adequate insurance coverage as well as policy liability limits that properly reflect a risk’s exposure.

A three-year-old child wandered into the swimming pool area of his condominium complex through an unsecured door. He was found face-down in the pool and died a week later. His family sued for wrongful death, alleging that the child’s death “was proximately caused by the [owner’s] negligent, negligent per se, grossly negligent, careless, willful, wanton, and reckless conduct.” The property owner settled with the family for $6 million.

An apartment resident slipped and fell on a sheet of black ice while walking from the building to his car. He fractured his tibia and fibula and developed complications due to an underlying diabetic condition. According to the resident, the apartment owner and property manager failed to pre-treat the area prior to a major snowstorm, and then failed to properly remove the snow and treat the walkway with salt or sand after the storm and during the “melt and re-freeze” cycle. Through mediation, the case was settled for millions of dollars.

A renter of a self-storage facility in California was sexually assaulted and brutally beaten. The plaintiff’s lawsuit alleged that the facility failed to provide adequate lighting, operable security cameras, and functioning property security gates, and that there was negligence on the part of the on-site security guard. The case was settled for $2 million.

A young man was seriously injured in a commercial office elevator accident. The defendant claimed that the property owner failed to keep all safety hazards in mind. The agreed-upon settlement amount was $8.5 million.

A fire broke out in a high-rise apartment building, killing a number of tenants and injuring dozens. A lawsuit has been filed for hundreds of millions of dollars. The plaintiffs allege that defective safety measures, including the failure of self-closing doors, exacerbated the impact of the fire due to negligence on the part of the property owners. The lawsuit also accuses the owners of failing to ensure that smoke detectors in each apartment and on the premises were working; failing to ensure that fire escapes were in good working order; failing to provide adequate and lawful heat; allowing alarms to sound “all the time” (thus desensitizing tenants to the noise); and failing to have an intercom or sprinkler system, among other things. 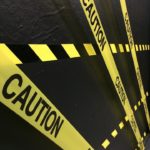 Inside the Complex Issue of Security Negligence in Community Associations 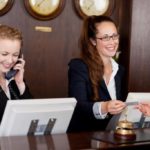 Hotel Insurance Costs and Coverages for Brokers in 2022 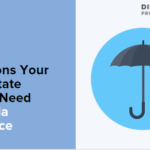 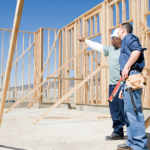 Builder’s Risk Insurance: What Your Clients Need to Know